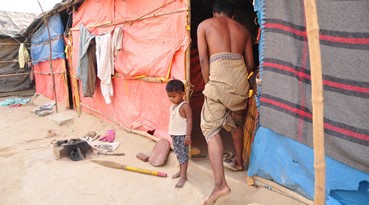 Please pray for seven Christian families from Myanmar who are living as refugees in India. The Muslim-background believer families have been expelled from a refugee camp in which they had been taking shelter.

“The Muslims in the camp are afraid that they would convert people to Christianity,” wrote our contact. “There are around 1,200 Muslim families in the camp. They need urgent help to rent land and put up tents. Even Amod, a Rohingya Muslim-background believer leader in India, cannot go near the camp to reach out to the believers.”

The Muslim-majority Rohingya people are an ethnic minority in Myanmar. They have become the target of persecution from radical Buddhist groups as well as the Burmese army. Muslim-background believers in the Rohingya tribe face further persecution as they are ostracised by their own people, as well as by the Buddhist majority.