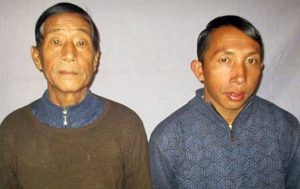 Two pastors arrested by the Myanmar army last December were sentenced to prison on Oct. 27 on false charges of unlawful association, defaming the military and spying.

The pastors, members of the Kachin Baptist Convention, were charged for alleged connections with an ethnic armed group, the Kachin Independence Organization (KIO. They deny the charges, which colleagues say are baseless.

A spokesman for the Kachin Baptist Convention said there is no evidence that the two pastors work for the KIO. “If they were to help an armed group, that is a different story.”

The U.S. Embassy in Yangon has raised concern over the legal action against the two Christian leaders.  The Human Rights Watch group has called for their immediate release.

Barnabas Fund – No updates so far for January