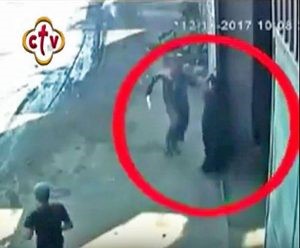 A Coptic Orthodox bishop from Upper Egypt was slain outside Cairo, Egypt yesterday.

The assailant struck Bishop Samaan Shehata in the head, neck and torso with a machete on the outskirts of Cairo, according to local reports. Shehata was born in 1972.

While a security spokesman said the suspect was mentally ill, (like many accused Muslims), neighbours reportedly denied this, saying he was a Muslim who had been “radicalized” a year ago. Since then, they said, Ibrahim had begun praying in the street, shouting loudly and calling Christians infidels.