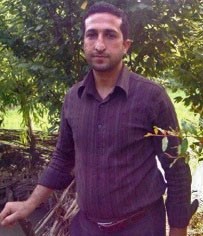 Four Iranian converts facing the possibility of up to six years in prison on charges of “acting against national security” are awaiting a verdict expected to be issued soon after numerous delays, according to human rights activists.

During a June 14 hearing to hear the verdict in their case, pastor Yousef Nadarkhani, Mohammadreza Omidi, Yasser Mossayebzadeh and Saheb Fadaie were informed in a Revolutionary Court in Tehran that a judge would issue a verdict in 20 days, according to Middle East Concern, a religious freedom advocacy group.

“Acting against national security” is a catch-all charge often used by the Iranian government to punish different types of religious and political dissent. The government often uses it against converts instead of the charge of apostasy, according to freedom of religion advocates, in an attempt to avoid international scrutiny.

Start children off on the way they should go, and even when they are old they will not turn from it.
Proverbs 22:6
DailyVerses.net

This website uses cookies to improve your experience while you navigate through the website. Out of these, the cookies that are categorized as necessary are stored on your browser as they are essential for the working of basic functionalities of the website. We also use third-party cookies that help us analyze and understand how you use this website. These cookies will be stored in your browser only with your consent. You also have the option to opt-out of these cookies. But opting out of some of these cookies may affect your browsing experience.
Necessary Always Enabled

Any cookies that may not be particularly necessary for the website to function and is used specifically to collect user personal data via analytics, ads, other embedded contents are termed as non-necessary cookies. It is mandatory to procure user consent prior to running these cookies on your website.